SELF’s interactive arrays of light represent the human interpolation of political vitriol upon the individual and the resulting internalization of the hatred and violence expressed. This bloodletting of society causes the energized feelings of the person under siege to experience an almost continuous destabilization - and a frenzied response to adjust as the surrounding roses blink silent examples of the dark discourse surrounding us.

SELF is a three dimensional helix made from copper wire. Visible in the open structure are arrays of light consisting of 512 white LEDs, constructed delicately in a tubular manner. These arrays interact with the viewers around the work, triggering sequences of light movement (based on a modification of John Conway’s Game of Life) in different places depending on their location and movement. More viewers trigger more seeds, and an interesting play of lights ’battling’ for space occurs. The helix floats in open space, emphasizing its exposure and vulnerability to the world around it: it’s constant need to regenerate and fortify for what is to come.

The fiber optics that surround and intertwine with the LED structures pulse with light in subtle shades of red, blue, and purple in response to low ultrasonic heartbeat sounds, representing the internal siege of the body itself.

The black roses transmit their message through Morse code - their translation as well as the direct quotes transmitted are offered up in the posted progamming code. (2010-2013) 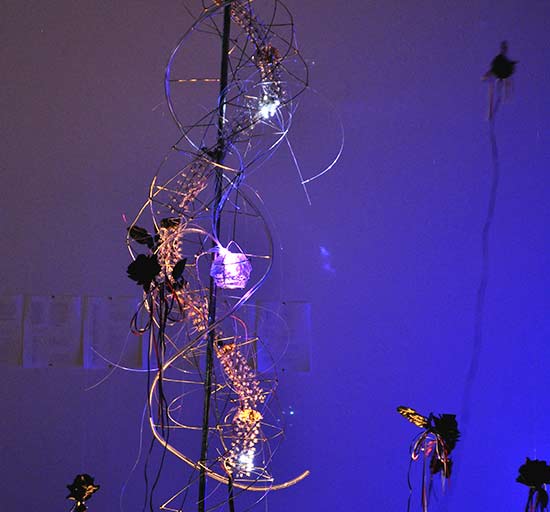 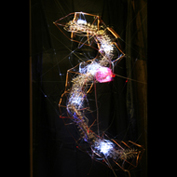 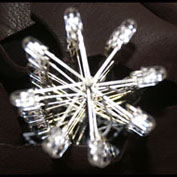 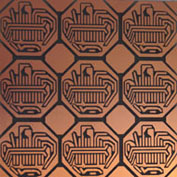 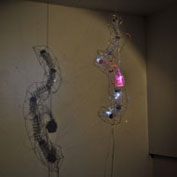 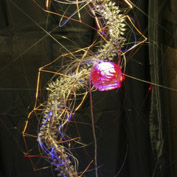 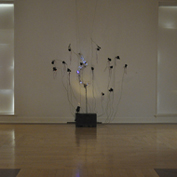